I woke up Sunday as nervous as the morning of my first marathon! Once I started cooking my nerves settled. I still had to assemble the chicken enchilada casserole, purée half of the beans, and cook the rice. My husband Brady, my son Justin and his wife Martina set up the tables outside and decorated. 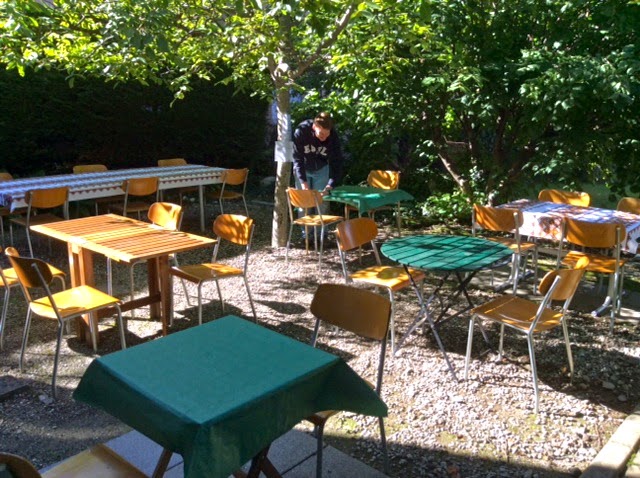 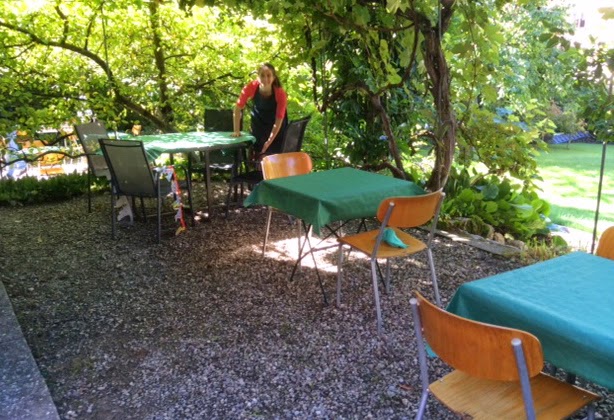 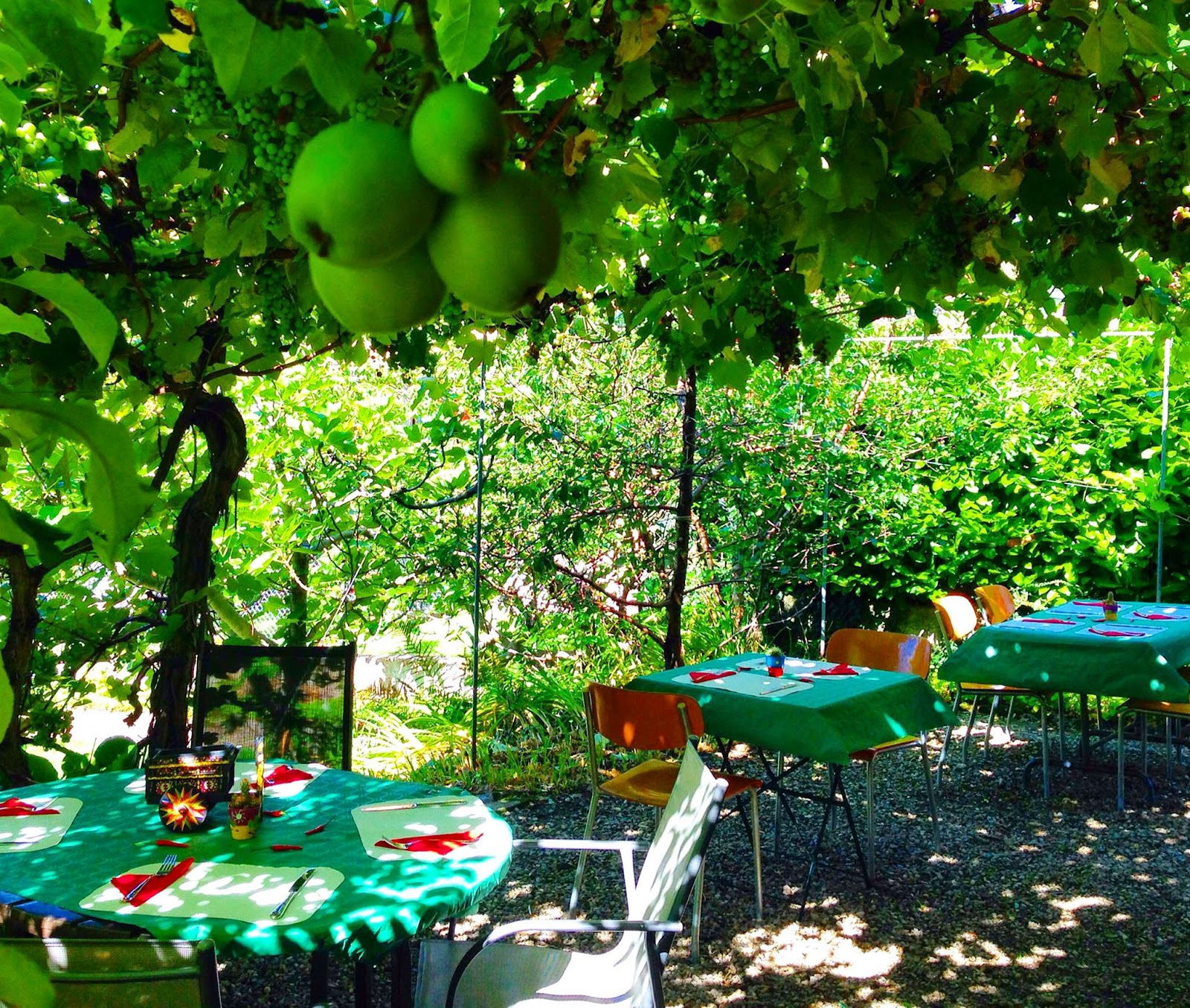 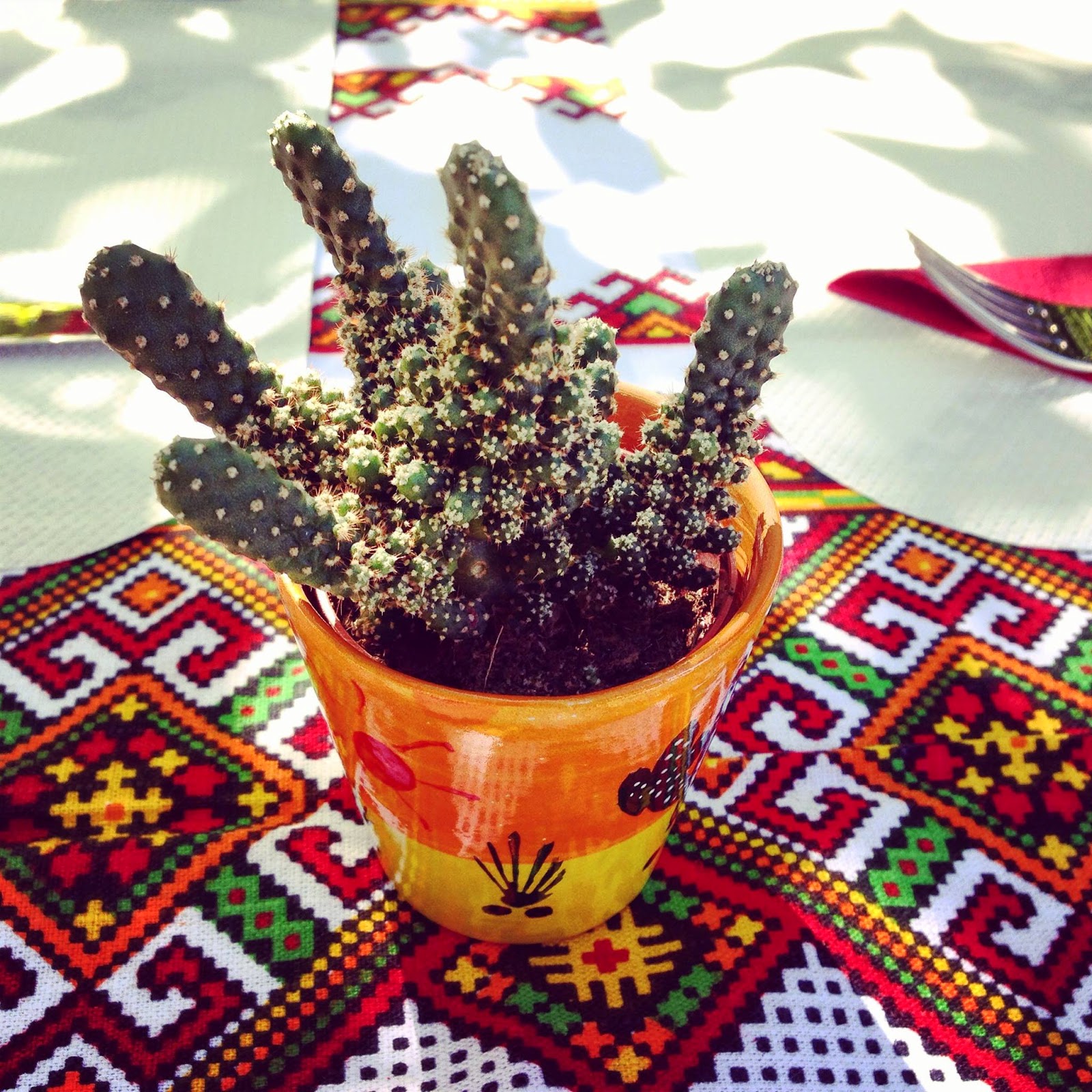 Catherine, my childhood friend, arrived and we began chopping vegetables for the taco salad. I got a few more reservation calls, but we were fully booked (probably at least in part because of this article in the local newspaper) and I had to turn them down. Two people from the organizer, Lausanne à Table, dropped by to see how things were going and to wish us luck. At noon, our first 20 customers arrived all at once and we really had to scramble to get the orders straight. It was Brady and Justin’s first time to wait tables, and my first time to process orders in the kitchen. I won’t say that by the time the second wave of customers ordered we had things down pat, but things were going much more smoothly. None of us had a chance to snap more photos though, and I didn't have time to talk to the two journalists who sampled the burritos. They did post this video with Chez Stéphanie appearing briefly 35 seconds into the clip. 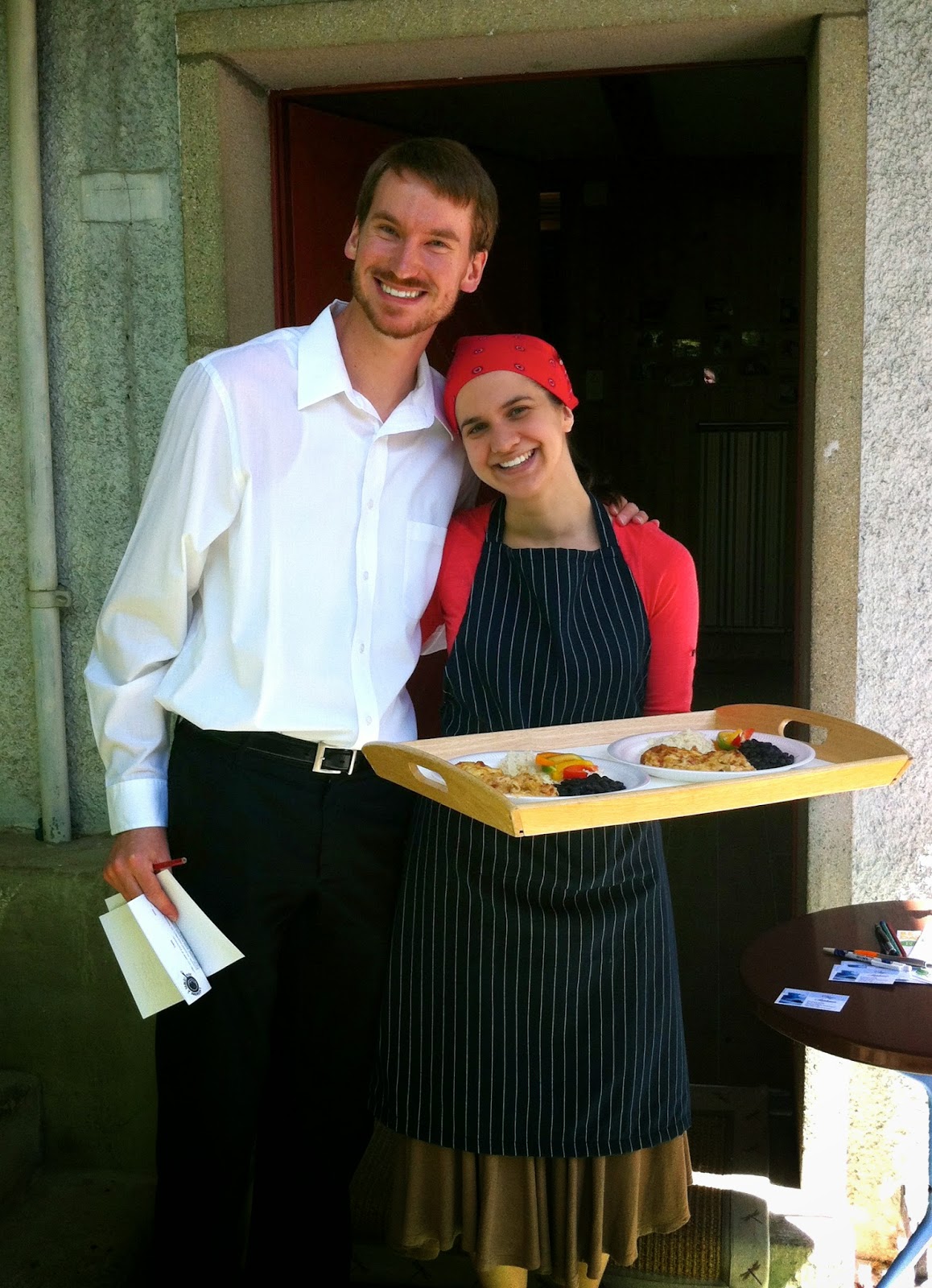 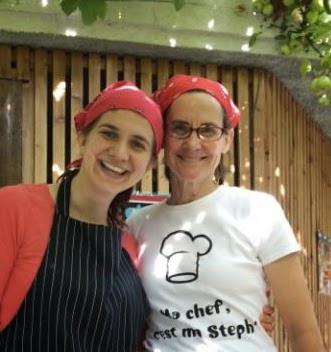 Everyone (helpers and customers!) said they were willing to sign on for next year’s Restaurant Day. One thing’s for sure, I have a new appreciation for restaurateurs!


Coming up next, Tex-Mex recipes!
Posted by Stephanie at 1:09 PM

Stephanie
I’ve loved to cook for as long as I can remember, with a preference for baking. I’ve had over 30 years of daily experience, and have often cooked for as many as 180 people at a time.